â€¢ On October 4, 1936, the Detroit Olympics were sold, moved to Pittsburgh, and were re-named the Pittsburgh Hornets.

â€¢ Their debut in the International-American Hockey League was against the Cleveland Falcons on November 7, 1936. 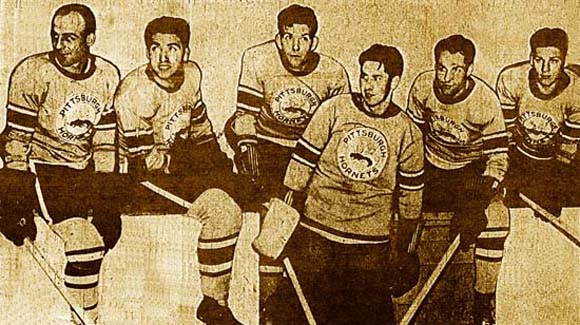