ROUND 1 – Pittsburgh wins series the against the Columbus Blue Jackets, 4-1.

ROUND 2 – Pittsburgh beats the Washington Capitals, 4-3. 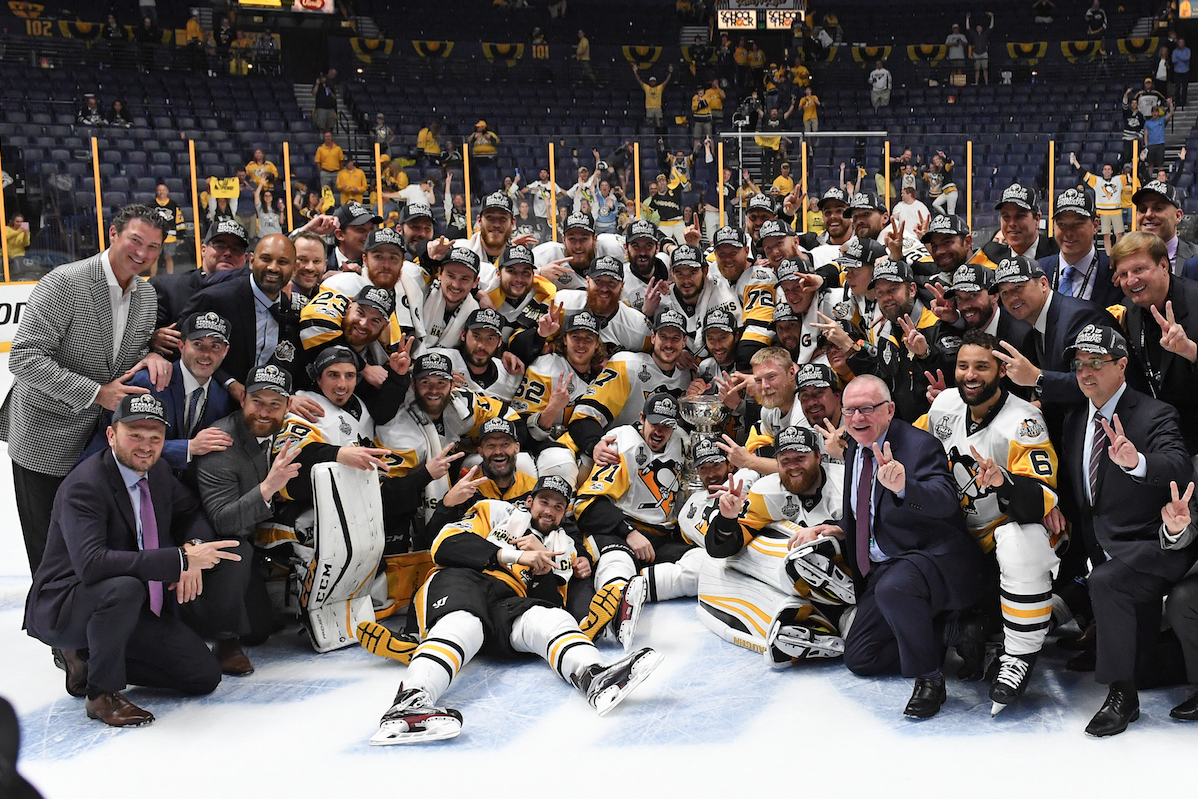 October 6 – The Penguins are honored at the White House by President Barak Obama.

October 13 – The Penguins open their 50th season by hoisting their fourth Stanley Cup Championship banner and defeated the Washington Capitals, 3-2.

November 21 – In his NHL debut, Jake Guentzel scored 1:02 into a game (fastest in team history) against the New York Rangers.

November 25 – Phil Kessel scored against the Minnesota Wild to pick up his 600th point in his career.

December 10 – Evgeni Malkin scored two power-play goals to reach 111 in his career and good for second place on the Penguins all-time list.

December 12 – Matt Murray stopped all 31 shots from the Arizona Coyotes to earn his second shutout of the season and third of his career.

December 27 – Evgeni Malkin had a goal and an assist to push him over 800 points in his NHL career.

December 28 – The Penguins defeated the Carolina Hurricanes, 3-2.  It was the second time in Penguins history that neither team took a penalty.  The only other time that happened was March 22, 1969 at St. Louis.

January 1-7 – This year all NHL teams will have a “bye week,” and Pittsburgh is off for this week.

January 15 – Evgeni Malkin’s 11th career hat trick was part of a six-goal second period against the Washington Capitals to tie Jean Pronovost for franchise goals (316). Six goals in a period established a record for most goals in a period at the PPG Paints Arena. Pens won, 8-7, in overtime. Matt Murray becomes the second goalie in team history to win a game after giving up seven goals. (W. Young 10/11/88, 8-7 over Washington).

February 14 – Matt Murray made 29 saves for his third shutout of the year as the Pittsburgh Penguins defeat the Vancouver Canucks, 4-0, on goals from Evgeni Malkin (23), Jake Guentzel (6) Phil Kessel (20) and Matt Cullen (9).

February 16 – Sidney Crosby recorded his 1,000th NHL point by assisting on a Chris Kunitz goal against the Winnipeg Jets.

February 25 – The Pittsburgh Penguins defeated the Philadelphia Flyers, 4-2, in front of 67,318 fans at Heinz Field in the 2017 Coors Light NHL Stadium Series game.

February 28 – The Dallas Stars scored three 3rd period goals to beat the Penguins, 3-2. First time in 66 games the Pens lost when leading after two periods. The last such loss was April 7, 2015, in 4-3 overtime loss against Ottawa.

April 16 – Jake Guentzel completed his first playoff hat trick by scoring 13:10 into overtime to defeat the Columbus Blue Jackets in Game 3 of the first round.

Edmonton Oilers Conor McDavid was named the MVP of the NHL.

Nov. 2 – Traded Condon to the Ottawa Senators in exchange for fifth-round draft pick in 2017.

Feb. 23. – Acquired defenseman Ron Hainsey from Carolina Hurricanes for forward Danny Kristo and a secound-round pick in the 2017 draft.