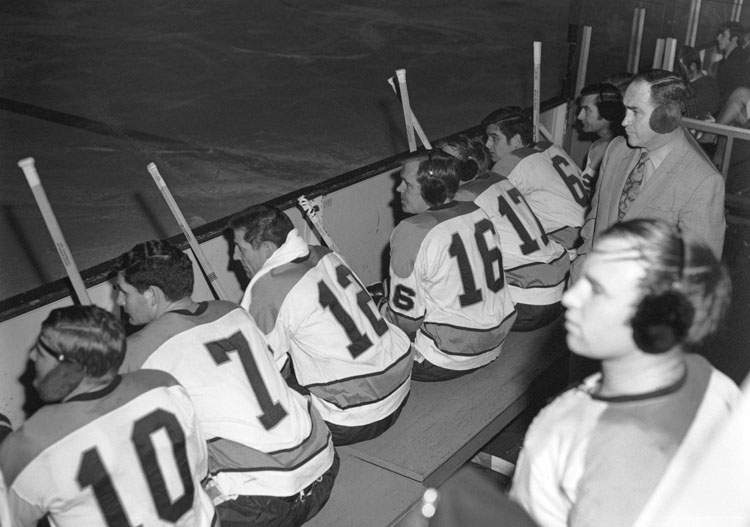 January 3, 1970
Coach Red Kelly issued red, white, black and brown earmuffs to the Penguins to wear during the game to drown out the rowdy faithful at the St. Louis Arena.

The Penguins couldn’t hear anything that night, and apparently, couldn’t see the back of the net, either.Â Kelly was concerned about the St. Louis fans from the previous game there, when the Pens were shut out, 4-0. “One guy got pretty viscous last time,” Kelly said about the Nov. 13 game. He added, “My guys won’t have to hear the hecklers and won’t be disturbed by them.”

Kelly purchased the assorted-colored earmuffs at Kaufmann’s Department store before heading to St. Louis and distributed the headgear to his players and the only other guy on the bench, trainer Ken Carson. Kelly did not make the headgear mandatory.

In front of a standing-room-only crowd of 16,566, Kelly, Carson and about half of the players wore them at the start of the game, but the Blues scored five goals in the first 14 minutes to stun the Pens and goalie Les Binkley. “But before the end of the embarrassing first period, there was not a set (earmuffs) in sight,” a local newspaper reported.

Blues’ goaltender Ernie Wakely made 26 saves to shut out the Pens again, 6-0.