ROUND 1- Pittsburgh defeats the New York Rangers in the best-of-seven series, 4-1. 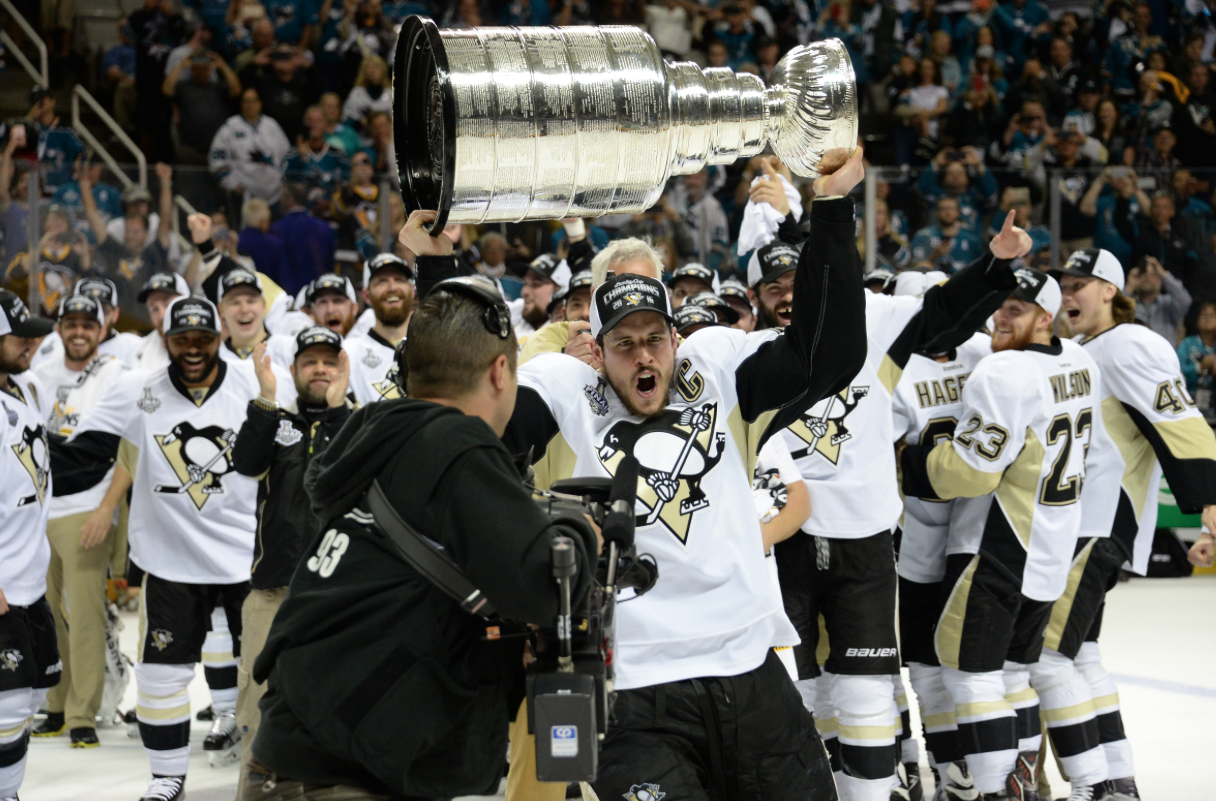 TWICE IS NICE  – The Pittsburgh Penguins’ Captain Sidney Crosby skates with the Stanley Cup for the second time in his career, after the Penguins defeated the San Jose Sharks in six games.

October 8 – The Penguins opening day roster was comprised of 13 U.S.-born players.  It was the first time in team history the majority of the team was American-born.

November 17 – Evgeni Malkin scored a power-play goal against the Minnesota Wild, his 100th of his career.  Malkin became the fourth Pens’ player to score 100 power-play goals:  Lemieux, Jagr and Stevens.

December 19 – The Penguins returned Daniel Sprong to his Junior team, while Matt Murray made his NHL debut in goal.

February 2 – Penguins captain Sidney Crosby tallied his ninth career hat trick and second natural hat trick against the Senators.Crosby’s final goal of the night allowed him to hit a few milestones. First, it was hisÂ sixth game-winning marker of the year, tying his career high set in 2009-10. His hat trick tally was also the 100 power-play goal of his career, making him the fifth player in club history to reach triple figures, joining Mario Lemieux (236), Jaromir Jagr (110), Kevin Stevens (110) and Evgeni Malkin (107).

February 6 – Sidney Crosby had a goal and two assists to reach his 900th NHL point in 677th game – tenth fastest player to reach 900.

February 18 – Scott Wilson scored his first NHL goal in a game against the Detroit Red Wings.

April 2 – Matt Murray made 24 saves for his first NHL shutout and Oskar Sundqvist scored his first NHL goal as the Penguins defeat the New York Islanders, 5-0.

April – 21 – Matt Murray made 31 saves against the New York Rangers as the Penguins won, 5-0.  Murray is the first Penguins rookie goaltender to earn a post-season shutout.

Teams to play with three skaters and a goaltender in regular-season overtime. Coaches may request video review of off-sides or goaltender interference when a goal is scored.

Las Vegas franchise added, to begin play in 2017-18. The team will be placed in the Pacific Division of the Western Conference.

February 29 – The Pittsburgh Penguins traded Sergei Plotnikov to the Arizona Coyotes for Matthias Plachta and a seventh-round pick in 2017.