â€¢ The Hornets were a minor league affiliate of the Detroit Red Wings and played home games atÂ Duquesne Garden.â€¢ An overview of theÂ 26-year history of the franchise.

â€¢ Harvey Teno became the first Hornets’ goaltender to play every minute of the season, leading the league in games played (56) and number of wins (25).

â€¢ After starting their first three seasons with 22 wins, the Hornets won 25, and made the playoffs and advanced to the Calder Cup finals before losing to the Providence Reds.

â€¢ Billy Taylor was the leading scorer in the playoffs scoring seven goals and five assists. 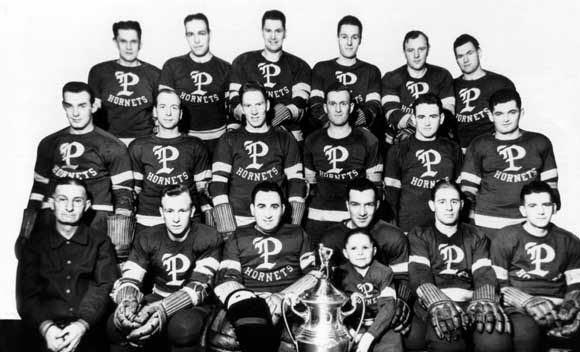