â€¢ The Hornets finished the season with a league-low 51 points.

â€¢ Pete Bessone’s tripping penalty in the last game of the season helped him break his own record for penalty minutes in one season (102).

February 25, 1942 – Against the Providence Reds, Chuck Corrigan had five assists to tie an AHL record and Norm Schultz and Victor Grigg each scored a hat trick. 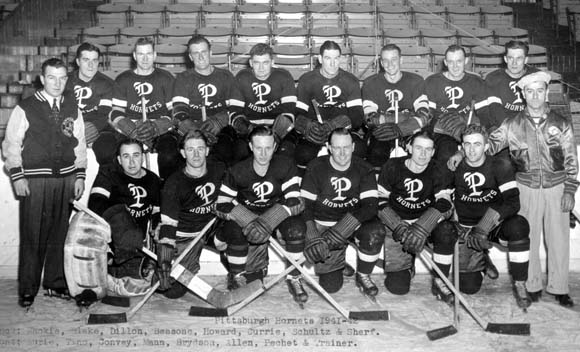