â€¢ The Hornets did not win one game away from the Duqesne Gardens. The winless record on the road was the first occurence of such a feat in the history of the AHL.

â€¢ Hornets led the AHL with 31 losses and tied a record for games lost in one season.

â€¢ Roger Bessette and Wendell Jamieson were selected as second-team All-Stars in the AHL. 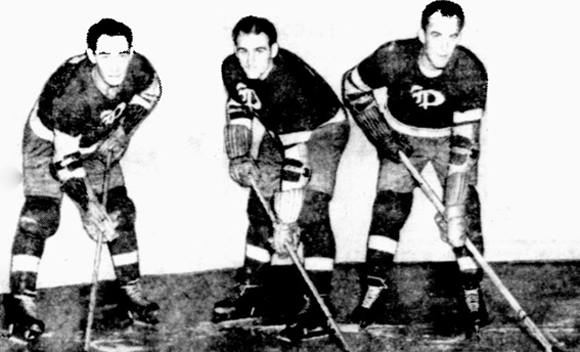 From left: Wendell Jamieson, Leo Richard and Tony Hemmerling. Jamieson was the team’s leading scorer with 47 points (24G+23A) and Hemmerling was second on the team with 43 points (19G+24A).