â€¢ The Hornets were a minor league affiliation of the Detroit Red WingsÂ and played home games atÂ the Civic Arena.

â€¢ For the second straight season The Hornets doubled their total of wins from the previous season.

â€¢ Goaltender Roger Crozier won the Dudley “Red” Garrett Memorial Award for being the AHL’s Rookie of the Year. 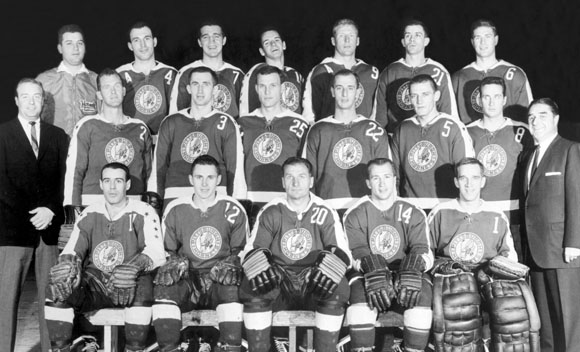