• Jean Pronovost recorded a point in 16 consecutive games from November 1 through December 3.

• Penguins set club records with 339 goals for and 303 goals against.

• The first player to record 100 points, Pierre Larouche, finished fifth in the league scoring race with 53 goals and 58 assists for 111 points, a Penguins single-season record. 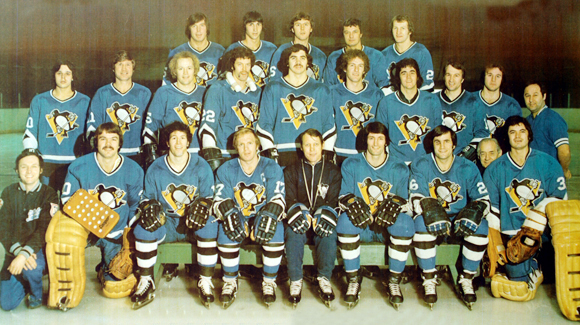