August 11 -Ã‚Â Obtained Don Awrey from Montreal for a third round choice in the 1978 Amateur Draft and future considerations.

October 8 -Ã‚Â Obtained Dunc Wilson from the New York Rangers for cash and other considerations.

October 18 -Ã‚Â Obtained Mike Corrigan from Los Angeles for a fifth round choice in the 1977 Amateur Draft.

• Pierre Larouche recorded his fourth career hat trick on February 19 at Toronto in a 6-6 tie.

• Dunc Wilson and Denis Herron combined for 52 saves in a 7-3 loss to Atlanta on March 15.

• Pittsburgh lost to Toronto in the preliminary round of the playoffs, 2-1. 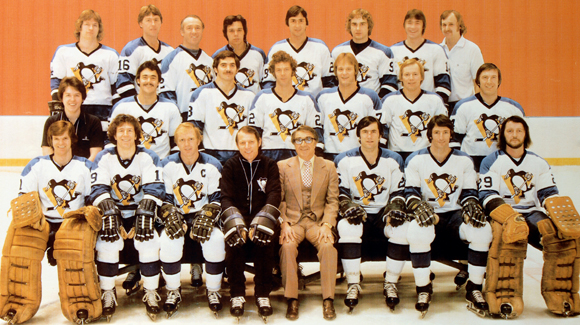