November 2 -Ã‚Â Obtained Gene Carr, Dave Schultz and a fourth round choice in the 1978 Amateur Draft from Los Angeles for Syl Apps and Hartland Mohahan.

November 29 -Ã‚Â Obtained Peter Lee and Pete Mahovlich from Montreal for Pierre Larouche and the rights to Peter Marsh.

• Pete Mahovlich scored a hat trick in his first game as a Penguin in a 6-4 win over Detroit on November 30.

• Dave Schultz set a Penguins record for penalty minutes in one season with 378.

• Edward J. DeBartolo took ownership of the Penguins on April 5. 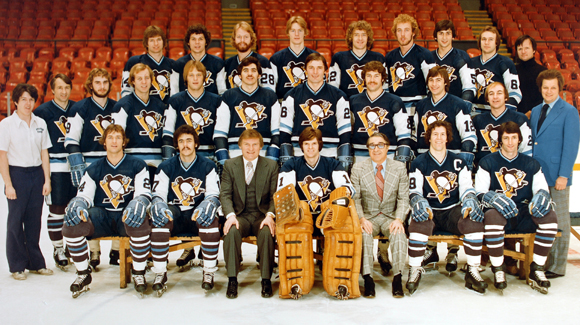