September 15 -Ã‚Â Obtained Denis Herron from Montreal for a third round choice in the 1985 Entry Draft.

October 28 -Ã‚Â Obtained Ron Meighan and Anders Hakansson from Minnesota for George Ferguson and a first round choice in the 1983 Entry Draft.

â€¢ Denis Herron recorded his fourth shutout with the Penguins on December 4 in a 0-0 tie with Philadelphia.

â€¢ Rick Kehoe was named to the Prince of Wales Conference All-Star Team.

â€¢ General Manager Baz Bastien was killed in an automobile accident on March 15, 1983. 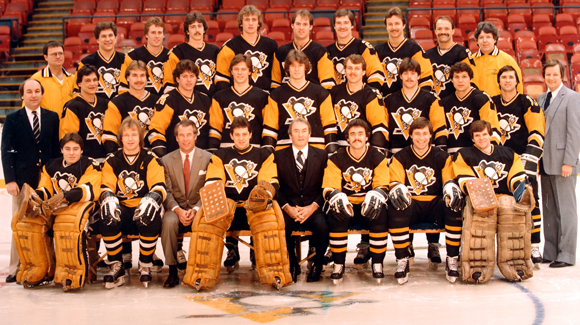 Rookie of the Year:
Dave Hannon