• The Penguins tied Russian Dynamo, 3-3, on January 4 at the Civic Arena before a sellout crowd.

• On February 15, against Vancouver, Lemieux recorded his 100th point to become the first Penguin to record consecutive 100-point seasons. 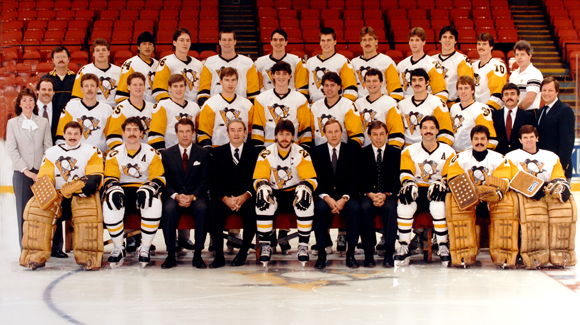 Rookie of the Year:
Jim Johnson