• The Penguins opened their 20th Anniversary season on October 9, with a 5-4 win over the Washington Capitals at the Civic Arena.

• The Penguins recorded 12 hat tricks during the season, a club record, including six by Mario Lemieux.

• Head coach Bob Berry and assistant Jim Roberts were relieved of their coaching duties on April 13. 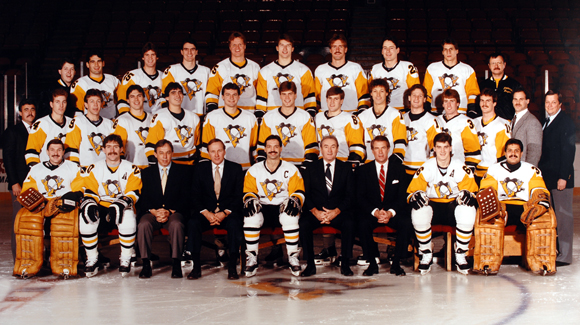