November 12 -Ã‚Â Obtained Tom Barrasso and a third round choice in the 1990 Entry Draft from Buffalo for Doug Bodger and Darrin Shannon.

• Mario Lemieux set a club record with five goals vs. New Jersey on December 31, scoring at even strength, on the power play, short-handed, on a penalty shot and into an empty net.

• Penguins returned to the playoffs after a seven year absence, sweeping the NY Rangers before losing to Philadelphia in seven games.

• Lemieux tied two NHL playoff records with five goals and eight points in one playoff game vs. Philadelphia in a 10-7 Penguin win. 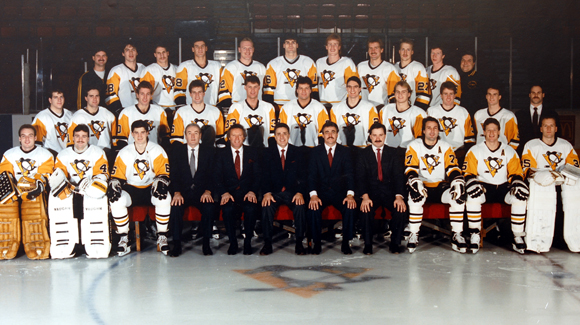 Rookie of the Year:
Zarley Zalapski