• Joe Mullen became the first American-born player to record 1,000 points, with an assist on February 7, against the Florida Panthers.

• Larry Murphy recorded his 700th career assist on March 4 against the Boston Bruins.

• Jarmoir Jagr recorded an assist on May 3 and became the first European-trained player to win the Art Ross Trophy as NHL scoring champion.

• Ron Francis won the overall league plus/minus award with a plus-30 rating.

• Francis became the first Penguin to win the Selke Trophy and the second to win the Lady Byng on July 8. 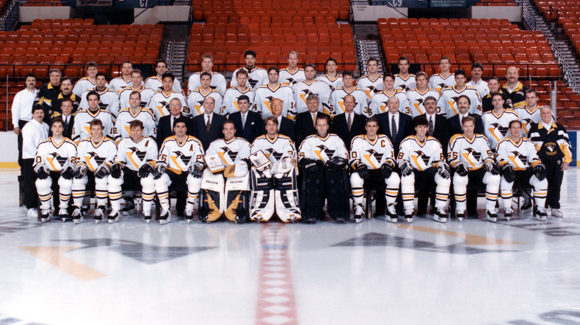