• Mario Lemieux scored his 600th career goal on February 4, against the Vancouver Canucks.

• Lemieux scored four goals in one period, tying the NHL record for most goals in a period, on January 26 against the Montreal Canadiens.

• Lemieux became the ninth player in NHL History to record 1,400 points, on November 30 against the Boston Bruins.

• Patrick Lalime set the NHL record for longest unbeaten streak by a rookie goaltender at the start of his career by going 14-0-2. 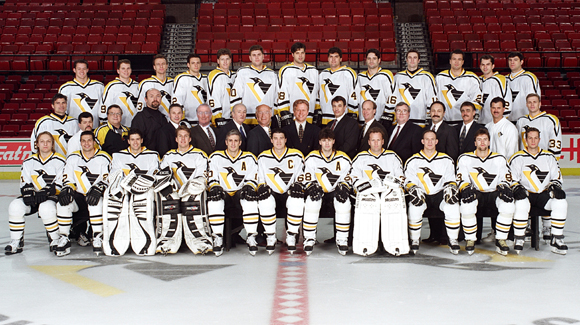 Rookie of the Year:
Patrick Lalime