• On January 13, Sebastien Caron stopped 31 shots in his first NHL start, a 2-1 win over the Boston Bruins.

• Mario Lemieux recorded his 1000th career assist, with four against the Boston Bruins on February 8.

• Lemieux bagged his 11th career game-winning overtime goal in a February 18 game against the Edmonton Oilers.

• Straka scored his 500th NHL point, with a goal against the Detroit Red Wings on March 18. 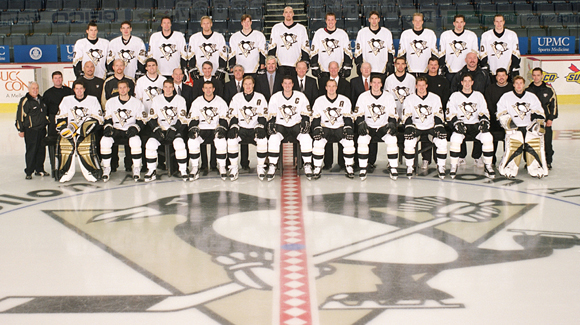