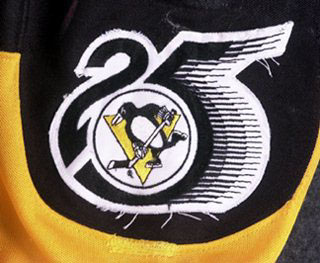 In 1991-92 the Pittsburgh Penguins used this patch to celebrate the team’s 25th season in the league.

The jereseys in that year also featured a third patch to honor Badger Bob Johnson.