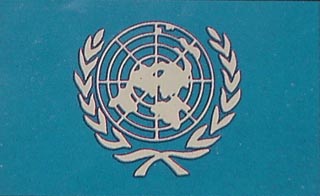 The NHL showed support for the effort. U.S.-based teams wore the United Nations Flag sticker on the right, rear area of their helmets. The U.S. flag was on the left side.