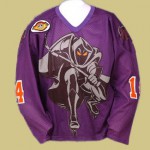 â€¢ The Phantoms ranked 15th in the 24 team league in attendance with an average of 3,587 fans per game, which was more than 700/game below the league average.

â€¢ Their offense was the second in scoring with an average of 9.41 goals per game, ranking behind Minnesota.

â€¢ The defense surrendered 8.77 goals against per game was third worst.â€¢ At 57%, theirÂ powerplay ranked second in the league overall and ranked first at home with a 66.7% success rate.

â€¢ The Phantoms penalty killing was the fouth best in the league, killing off 59.2% of opponent power plays. 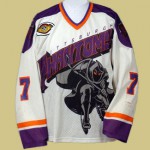 â€¢ The Phantoms beat the Chicago Cheetah’s in the first round. Chicago won the first game, 9-8. Pittsburgh won game two, 23-5 and won the playout game, 1-0 to win the series.

â€¢ Pittsburgh lost to the Minnesota Blast in the second round.

Rookie of the Year: