Craig Adams has been suspended for the game Wednesday because he received an instigator penalty in the final five minutes of Game 3 on Sunday, an 8-4 loss to the Philadelphia Flyers that pushed the Penguins to the brink of elimination. Â READ MORE AT TRIB >>>

Adams held the Penguins current iron man streak at 168 games, including playoffs. Â He last missed a game on October 16, 2010, a 5-1 victory over the Flyers.

We view the most consecutive games played a little differently than the team media guide, which lists only regular season games. We have Jordan Staal, with 358, as the Penguins player that played in the most consecutive games – regular season and playoffs. Â In case you are wondering if that is an NHL record…it’s not. Â Not even close to Garry Unger’s mark of 949 games (including playoffs). 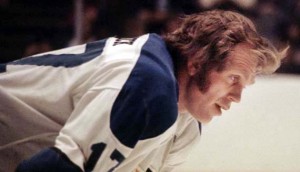